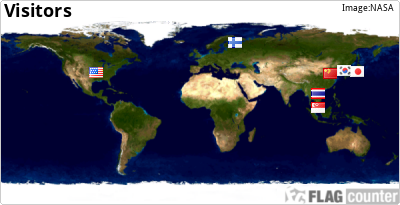 When I finish a really long time playing soccer with my friend in dream stadium my friend and me are really tired. After that we got walk out and into the food zone which it have a lot  of yummy restaurant. We got struggle finding restaurant and finally I said “How about surf and Fri” which many of my friend agreed so we just eat in that restaurant. As we wait for the food to be finish my friend and I play ipad. When the foods come it was delicious. The chicken was good and both the cheesy sauce and the frie. Because it too delicious I often eat a lot and ask some one for food. After we eat we just went back to my friend house and play.

March madness is book tournament in my school to see which books is the best books in 2018. So the way to decide which is the best books in 2018 is to vote but you can only vote read both of the book and theirs 1 to 2 weeks to read the books. So first when  there is a thing called a quarter final is when there are 8 books and the 8 books try to get to the semi final. So if the 4 books have more vote it mean the 4 books would went to the semi final and if 2 books make it to the final it mean that the 2 books would have to battle each other to see what is the winning books in 2018. So their will be a prize if the student in my school guest all the books right.

Most  interesting thing I did over

In the New year break the most interesting thing is that I went to Ho chi minh city. In Ho chi minh city I did a lot of shopping. I bought my slipper eat alot of yummy food like kfc ice cream and alot more. Not only that I also went to cu chi tunnel in  Ho chi minh cityand a place near the beach. which I don’t remember the place. I stay at Ho chi minh city for two days and I went home.

One way I would make every day happier is being kind and don’t blame other especially in sport game.

One way I make my school St Paul a better place is by being more respectful and being kind to other.

8 ways to be kind is being nice, no fighting, don’t give up, being responsible, push the door for other to walk, saying thank you, saying sorry, no blaming.

In my winter vacation I went to Singapore for a break about 4 days before I went back to Vietnam.

So on the first day I went to the infinity pool in a top class hotel called marina bay sand. When I first put my feet on the pool I felt so cold that I decide to move to a warmer pool. After I swim I went back to the hotel to take a bath in the hotel. Then after I take a bath me and my family went to ochard road for shoping. When we were in a cloth store my sister wine because she’s hungry so we went to eat in Somer Set 313. After we eat we went a bit of shopping then we went back to the hotel and sleep.

On the last day in Singapore I went to the air port and went home to Vietnam.

Minecraft PE AKA pocket edition is one of my favorite game in ipad. I have been playing it from 2014 –  to today.

As you know Minecraft have two mode. One is creative and the other is survival. In creative mode you can do whatever you want for example you can also build a house or a mansion or a redstone machine.

In survival mode  first you have to hunt so you could survive in the game. In the mode there’s going to be mob that will kill you and if you died you will respond back to your spawn point where you first spawn when you are creating a world.

The most fun thing about minecraft PE  is that you can play with your friend in the game by joining. But the boring thing is that you need wifi to join.

Have you ever play a game like minecraft ? If you do make sure to comment what game do you play.

How many posts did you write? 8

How many comments did you receive from classmates, teachers or overseas students?I got 30 comment.

Which post received the most comments? Why do you think that happened ?all about me because people get to know me.

Did you change blog themes at all and why? No  because I like to keep it the way I like to.

How many widgets do you have? Do you think this is too many or not enough? I think it enough because

How many overseas students do you have on your blogroll?4

I choose to write this because it the dangerous moment I have ever in my life. I mean yes when that happen I was usually sleeping while it happen. So I hope you enjoy listening my moment

My best soccer player in Cristiano Ronaldo.  I really like him because he did the Suuuuuuuu thing after he scores a goal. I also like him because I like his free kick and bicycle kick goal. Ronaldo is born in Funchal madiera Portugal. His team is a spanish team called real Madrid. He is in Portugal national team. He got four golden shoe and 4 FIFA Balloon D’or award. He also are on of the top goal scorer in the world.

Dream league soccer 17 is my best soccer game.I have been playing the game from 2017 but today I still play it today.

As you know from the title Dream League soccer 17 is a soccer game.The main goal of the game is to get as much players and coin as possible.Not only that you will also have to spend your coins on upgrading your home stadium so that people could come in and watch.

The way this game work is first you got a soccer team called dream league.Then you can choose the team captain you want but before you choose a team captain you need to know which player is the best on your team.

The way you know which player is better is by color and number.If the player the highest number it can be a team captain but if you see too player are the same number but different color number you will notice that red will be better than green,yellow and blue.By the way blue means goalkeeper,green means defender,yellow mean mid field and red mean forward.

The way you play dream league soccer is by playing matches of soccer.You can get extra money by winning the important cup called global cup challenge.This cup is a cup where you have a match with soccer team in real life including Juventus, barcelona, Real madrid and more.Playing matches is  not only the only way to get coins you can watch video to get free coins.